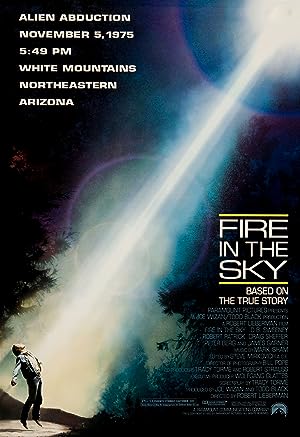 How to Watch Fire in the Sky 1993 Online in Australia

The cast of Fire in the Sky

What is Fire in the Sky about?

This film recreates the strange events which happened on November 5, 1975 in the town Snowflake, Arizona. Travis Walton works as a logger in the White Mountains. When he and his colleagues drive home after work, they encounter a flying saucer. Travis gets out of the truck to learn more and is struck by a beam of light from the object. For the next five days, Travis disappears without a trace and his colleagues are accused of murder. When he reappears, first he didn't remember that he was gone, but in time, the terrible memories come back...

Where to watch Fire in the Sky

Fire in the Sky Trailer

More Biography tv shows like Fire in the Sky