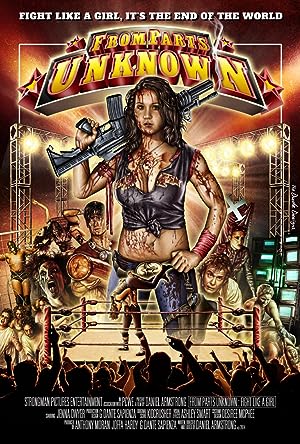 How to Watch Fight Like a Girl 2015 Online in Australia

After witnessing her Daddy's tragic death in the ring Charlie sets out to become a wrestler in his memory. The only things stopping her are a disapproving boyfriend, an overwhelming day job, and her corporate psycho boss - whose dodgy business practices threaten to unleash hordes of brain eating wrestling-monsters on the earth! Faced with a wrestle-pocalypse Charlie has no choice but to open up a can of whoop-ass and take these monstrous Jabronis for a stroll down smack down boulevard! From the director of the international cult film MURDERDROME comes FROM PARTS UNKNOWN: FIGHT LIKE A GIRL. The story of a young girl wrestling with life's issues - and some brain eating wrestle-monsters.

Which streaming providers can you watch Fight Like a Girl on