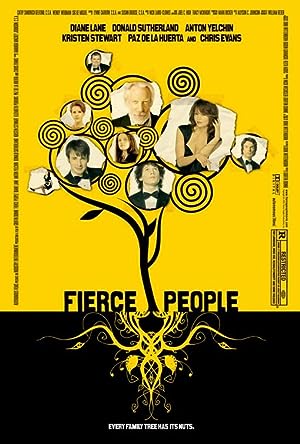 How to Watch Fierce People 2005 Online in Australia

The cast of Fierce People

What is Fierce People about?

Trapped in his mother's Lower East Side apartment, sixteen-year-old Finn wants nothing more than to escape New York and spend the summer in South America studying the Iskanani Indians, or "Fierce People," with the anthropologist father he's never met. But Finn's dreams are shattered when he is arrested in a desperate effort to help his drug-dependent mother, Liz, who scrapes by working as a masseuse. Determined to get their lives back on track, Liz moves the two of them into a guest house on the vast country estate of her ex-client, the aging aristocratic billionaire, Ogden C. Osbourne. In Osbourne's close world of privilege and power, Finn and Liz encounter a tribe fiercer and more mysterious than anything they might find in the South American jungle: the super rich. While Liz battles her substance abuse and struggles to win back her son's love and trust, Finn falls in love with Osbourne's beautiful granddaughter, Maya, befriends her charismatic older brother, Bryce, and even wins the favor of Osbourne himself. But when a shocking act of violence shatters Finn's ascension within the Osbourne clan, the golden promises of this lush world quickly sour. And both Finn and Liz, caught in a harrowing struggle for their dignity, discover that membership always comes at a price...

Where to watch Fierce People