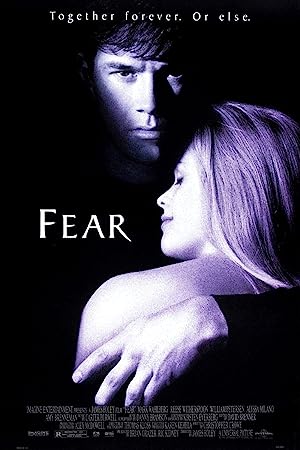 How to Watch Fear 1996 Online in Australia

What is Fear about?

Nicole walker is the average 16 year old girl; wants to have fun, and dreams of her Prince Charming. When her and her best friend Margot appear at a party, she meets older bad boy David. Everything seems to be going so well and Nicole and David become a couple. Nicole's family like David and she decides she loves him enough to give herself to him one night after a date. However, as soon as they became official, David has become a possessive and jealous boyfriend. He even beats up one of Nicole's close male friends when he is seen giving her a hug at the end of school. After this dark event Nicole never wants to see David again but he tries his hardest to make sure Nicole will take him back. Soon enough she forgives him and things seem to be going well again until a sick situation involving Nicole's best friend Margot turns to her and David breaking up again. This time David is not taking any chances with not being with Nicole so him and his friends go into her family home and attempt to take Nicole. Will David get Nicole or will she and her family hold back and get rid of David's sick craving for Nicole?

Where to watch Fear

Which streaming providers can you watch Fear on

Here is the comprehensive list of streaming providers that will show Fear in Australia. If Fear will appear with other providers further down the line, this table will be updated.

The cast of Fear

Fear is a great Drama movie, we’ve selected several other movie options that we think you would like to stream if you have watched Fear

Fear is a great drama show, we’ve selected several other show options that we think you would like to stream if you have watched Fear