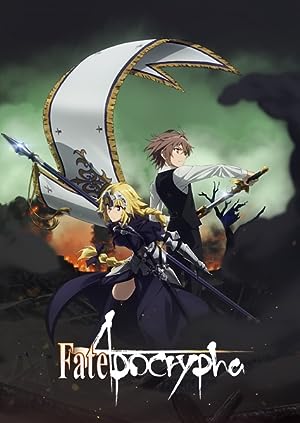 How to Watch Fate/Apocrypha Online in Australia

What is Fate/Apocrypha about?

In an alternate universe the theft of the Holy Grail 50 years previously ushers in a new conflict between the Mages Association and the rebellious Ygdillemna Family. With the activation of the Greater Grail, 15 Servants are summoned for an unprecedented battle royale in a new Holy Grail War.

Where to watch Fate/Apocrypha

Which streaming providers can you watch Fate/Apocrypha on

Here is the comprehensive list of streaming providers that will show Fate/Apocrypha in Australia. If Fate/Apocrypha will appear with other providers further down the line, this table will be updated.

The cast of Fate/Apocrypha

Fate/Apocrypha is a great Action movie, we’ve selected several other movie options that we think you would like to stream if you have watched Fate/Apocrypha

Fate/Apocrypha is a great action show, we’ve selected several other show options that we think you would like to stream if you have watched Fate/Apocrypha