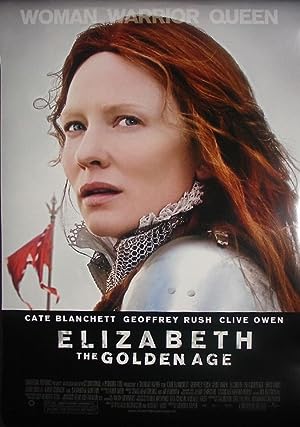 How to Watch Elizabeth: The Golden Age 2007 Online in Australia

The cast of Elizabeth: The Golden Age

What is Elizabeth: The Golden Age about?

Two faiths, two empires, two rulers - colliding in 1588. Papist Spain wants to bring down the heretic Elizabeth. Philip is building an armada but needs a rationale to attack. With covert intrigue, Spain sets a trap for the Queen and her principal secretary, Walsingham, using as a pawn Elizabeth's cousin Mary Stuart, who's under house arrest in the North. The trap springs, and the armada sets sail, to rendezvous with French ground forces and to attack. During these months, the Virgin Queen falls in love with Walter Raleigh, keeping him close to court and away from the sea and America. Is treachery or heroism at his heart? Does loneliness await her passionate majesty?

Where to watch Elizabeth: The Golden Age