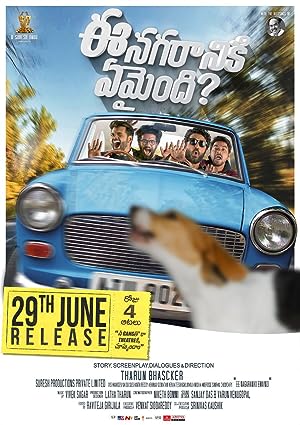 How to Watch Ee Nagaraniki Emaindi 2018 Online in Australia

What is Ee Nagaraniki Emaindi about?

The story is based on four childhood friends who go on a trip to Goa. Each have their own dream careers, and collaborate to make a short film.

Where to watch Ee Nagaraniki Emaindi

Which streaming providers can you watch Ee Nagaraniki Emaindi on

The cast of Ee Nagaraniki Emaindi