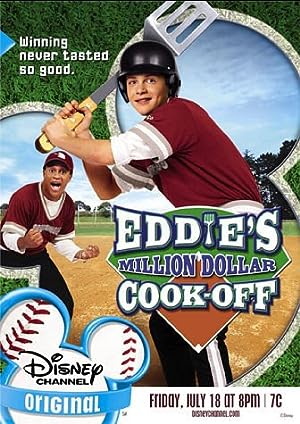 What is Eddie's Million Dollar Cook-Off about?

Eddie Ogden is his pa's pride and joy as well as the Groundhogs team's only asset as baseball talent. Then Eddie discovers a taste and talent for cuisine. Although his brothers Andy and Alex, and Pa as well as classmates enjoy his dishes, they only mock cooking, so he arranges and 'accidental' registration for him and two friends in Home Economics. Only Eddie -secretly again- and nerdy shrew Bridget Simons enter a national cooking competition for school-kids. Ma finds out and to his surprise proves supportive, as well as the teacher, who once won the competition herself.