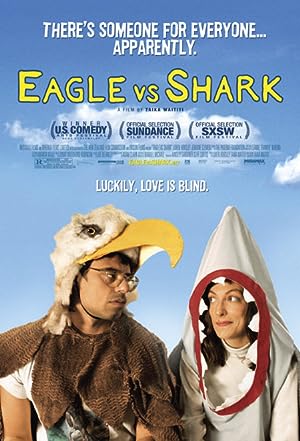 How to Watch Eagle vs Shark 2007 Online in Australia

The cast of Eagle vs Shark

What is Eagle vs Shark about?

In Wellington, Lily is a wallflower, inexplicably attracted to Jerrod, a loser. He's nursing a decade-long grudge against someone who teased him in high school; she's just out of a job. She goes home with him to a seacoast town where he intends to have it out with his nemesis; she meets his father, his daughter from a one-night stand, and other family members - and there's the memory of his talented (and dead) brother. Jerrod treats Lily badly, invents a relationship with a women he had a crush on years before, and gears up for his fight. Will she finally have enough and go home?

Where to watch Eagle vs Shark