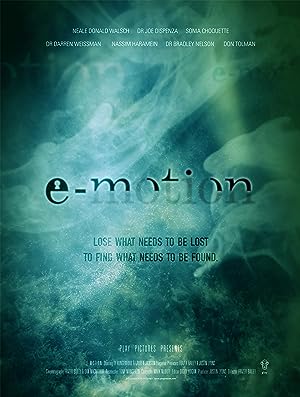 How to Watch E-Motion 2014 Online in Australia

What is E-Motion about?

E-Motion is a factual documentary that explores how human emotions affect the physiology of the human body and how once negative emotions are replaced with positive emotions bona fide physical changes occur. A team of emotion experts from around the world share their wisdom and negative emotion clearing methods to show humanity the path to health and enlightenment.

Where to watch E-Motion

Which streaming providers can you watch E-Motion on

Here is the comprehensive list of streaming providers that will show E-Motion in Australia. If E-Motion will appear with other providers further down the line, this table will be updated.

The cast of E-Motion

E-Motion is a great Documentary movie, we’ve selected several other movie options that we think you would like to stream if you have watched E-Motion

E-Motion is a great documentary show, we’ve selected several other show options that we think you would like to stream if you have watched E-Motion