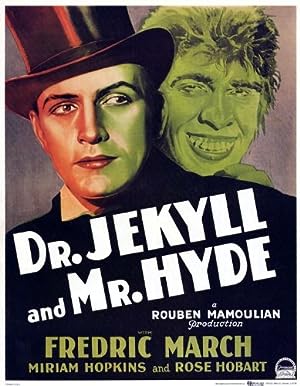 How to Watch Dr. Jekyll and Mr. Hyde 1931 Online in Australia

The cast of Dr. Jekyll and Mr. Hyde

What is Dr. Jekyll and Mr. Hyde about?

Based on the story by Robert Louis Stevenson, Dr. Henry Jekyll believes that there are two distinct sides to men - a good and an evil side. He believes that by separating the two man can become liberated. He succeeds in his experiments with chemicals to accomplish this and transforms into Hyde to commit horrendous crimes. When he discontinues use of the drug it is already too late...

Where to watch Dr. Jekyll and Mr. Hyde