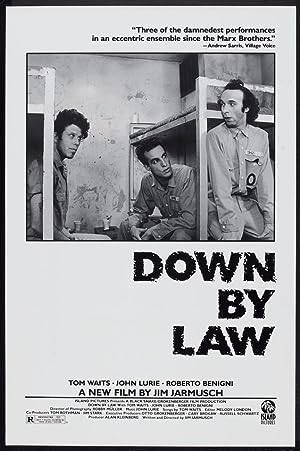 How to Watch Down by Law 1986 Online in Australia

What is Down by Law about?

DJ Zack and pimp Jack end up in prison for being too laid-back to avoid being framed for crimes they didn't commit. They end up sharing a cell with eccentric Italian optimist Roberto, whose limited command of the English language is both entertaining and infuriating. More useful to them is the fact that Roberto knows an escape route.

Where to watch Down by Law

Which streaming providers can you watch Down by Law on

Here is the comprehensive list of streaming providers that will show Down by Law in Australia. If Down by Law will appear with other providers further down the line, this table will be updated.

The cast of Down by Law

Down by Law is a great Comedy movie, we’ve selected several other movie options that we think you would like to stream if you have watched Down by Law

Down by Law is a great comedy show, we’ve selected several other show options that we think you would like to stream if you have watched Down by Law

Watch Down by Law