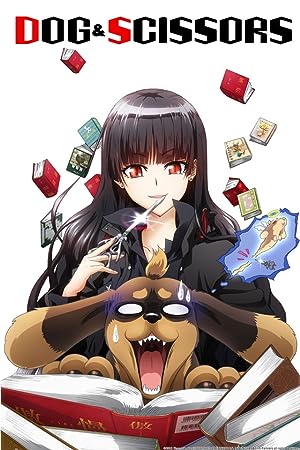 How to Watch Dog & Scissors Online in Australia

What is Dog & Scissors about?

Kazuhito Harumi is a boy whose entire life revolves around books. Every day he craves nothing more than to delve into a good book in the comforts of his own apartment. One day, as he's visiting his local café, a robber tears up the establishment, taking all the customers as hostages. Kazuhito, in an act of bravery, saves the woman who was soon to be shot, and makes the ultimate sacrifice. Even still, his unrelenting spirit is reincarnated almost instantly, because of his need to read his favorite author's (Akiyama Shinobu) last installment,"Lust", in the famed series, "Seven Deadly Sins". He finds himself now in the body a dachshund! Also, the woman he saved now wants to adopt him. What will ensue in this strange string of events? What will become of Kazuhito? Who is the woman in black? Find out that and more in Dog & Scissors!

Where to watch Dog & Scissors

Which streaming providers can you watch Dog & Scissors on

Here is the comprehensive list of streaming providers that will show Dog & Scissors in Australia. If Dog & Scissors will appear with other providers further down the line, this table will be updated.

The cast of Dog & Scissors

Dog & Scissors is a great Animation movie, we’ve selected several other movie options that we think you would like to stream if you have watched Dog & Scissors

Dog & Scissors is a great animation show, we’ve selected several other show options that we think you would like to stream if you have watched Dog & Scissors