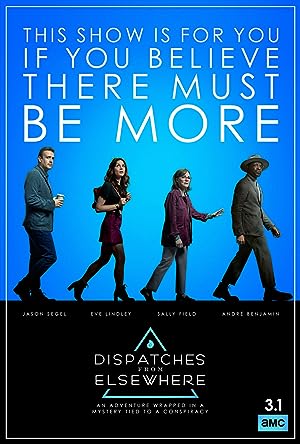 How to Watch Dispatches from Elsewhere Online in Australia

What is Dispatches from Elsewhere about?

Feeling as though there's something missing in their lives, four ordinary people stumble across a puzzle hiding just beyond the veil of everyday life, and their eyes are opened to a world of possibility and magic.

Where to watch Dispatches from Elsewhere

Which streaming providers can you watch Dispatches from Elsewhere on

The cast of Dispatches from Elsewhere