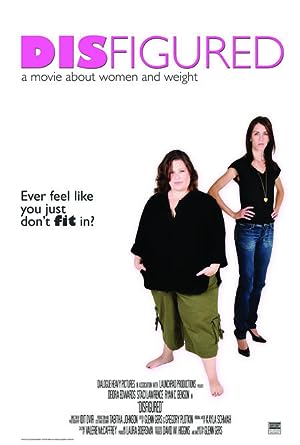 How to Watch Disfigured 2008 Online in Australia

The cast of Disfigured

What is Disfigured about?

Lydia is an overweight sales clerk in a trendy home furnishings store, nearing 30. Though she is a member of a Fat Acceptance Group (a movement dedicated to fighting prejudice against overweight people), she is still struggling with complex feelings about her body and its place in the world. Darcy, a recovering-anorexic real estate agent in her mid-20s, is struggling with the same issues from a very different perspective. Her attempt to join the Fat Acceptance Group (since she sees herself as fat) is quickly rejected - but it introduces her to Lydia. Lydia is initially wary of Darcy's efforts to become friends, but Darcy's hunger for emotional contact breaks through the wall of apparent differences and they begin an unexpected friendship. At the same time Lydia gets involved in a sexual relationship with Bob, an overweight man who joins her in walking for exercise early mornings at Venice beach. Stirred emotionally by this new romance and by her conflict with the Fat Acceptance Group, Lydia decides to ask her new friend for an unusual favor: she wants anorexia lessons. When Darcy lets Lydia inside her secret inner world, it forces both women to confront buried feelings about their bodies. Sexuality and fashion, anger and femininity, trust and fear, hunger and satisfaction: there are things that women can only talk about honestly with other women. But they never seem to find a way to do it. This is a movie about two women who do.

Where to watch Disfigured