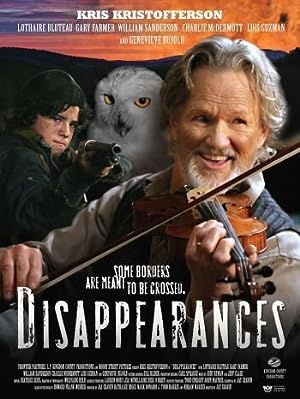 How to Watch Disappearances 2006 Online in Australia

The cast of Disappearances

What is Disappearances about?

Quebec Bill Bohomme is a hardy schemer and dreamer, who, desperate to raise money to preserve his endangered herd through the rapidly approaching winter, resorts to whiskey-smuggling, a traditional family occupation. Quebec Bill takes his son, Wild Bill, on the journey. Also Henry Coville, an inscrutable whiskey smuggler, and Rat Kinneson, Quebec Bill's perpetually disconsolate ex-con hired man. Together, they cross the border into vast reaches of Canadian wilderness for an unforgettable four days "full of terror, full of wonder."

Where to watch Disappearances