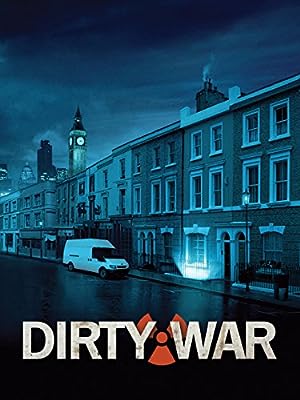 How to Watch Dirty War 2004 Online in Australia

The cast of Dirty War

What is Dirty War about?

After years of meticulous planning, a terrorist operation is reaching its final stages. The authorities have received no intelligence; they are in a race against time but don't yet know it. As the operation unfolds, we see the working lives of men and women directly affected by terrorism. Among them: a firemen worried about the increasingly dangerous conditions he and his men are expected to work under; the head of the anti-terrorist branch whose responsibility it is to protect London and a female Muslim detective brought into Scotland Yard to investigate another suspected terrorist cell. But it is too late to stop the attack. Outside Liverpool Street station suicide bombers detonate a large radiological dispersal device (RDD). The explosive blast kills scores of commuters and sends a cloud of smoke containing radioactive debris high into the morning sky. For the police, a desperate struggle to find and stop secondary attacks begins. For the fire service, the difficult and dangerous task of carrying out search and rescue in a heavily contaminated area. And for emergency service controllers, a mammoth operation to contain and decontaminate thousands of terrified people caught up in the aftermath of the explosion. Based on extensive research, DIRTY WAR asks whether as a nation we are prepared to face such an attack. This movie depicts a very realistic and scientifically accurate scenario which is often used as a case study in first responder communities.

Where to watch Dirty War