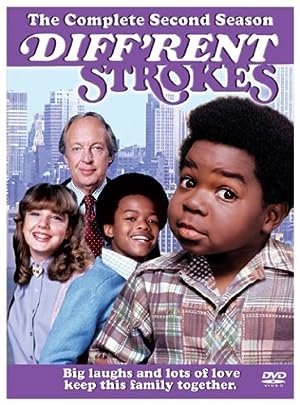 How to Watch Diff'rent Strokes Online in Australia

What is Diff'rent Strokes about?

Phillip Drummond, a widowed Manhattan millionaire and president of the mega-firm Trans Allied Inc., adopts two African American orphans from Harlem, 8-year-old Arnold and 12-year-old Willis. Drummond had made a promise to their dying mother, his housekeeper, that he would care for the boys after she passes away; their father had died years earlier. The boys, whom Drummond always introduced as his two sons, went from rags to riches literally overnight. At first, Willis was rather skeptical of their newfound wealth, but eventually, both he and Arnold felt right at home in their newfound surroundings. Also part of the family were Drummond's beautiful daughter, 13-year-old Kimberly; and his no-nonsense housekeeper, Edna Garrett. As the years passed, Mrs. Garrett left to become housemother at the Eastland School for Girls; she was replaced by the cantankerous Adelaide Brubaker and still later, charming Pearl Gallagher. Arnold's friends, Dudley and Robbie (and later, Charlie); Willis' girlfriend, Charlene; cast members from "The Facts of Life"; and Drummond's sister, Sophia, were frequently seen. In early 1984, Drummond found true love, marrying fitness instructor Maggie McKinney; she had a 6-year-old son, Sam. While most series revolved around the typical lessons of growing up, some were quite serious (including a frightening encounter with a child molester and a memorable episode dealing with drug abuse guest starring First Lady Nancy Reagan).

Where to watch Diff'rent Strokes

Which streaming providers can you watch Diff'rent Strokes on

The cast of Diff'rent Strokes