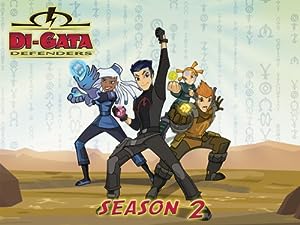 How to Watch Di-Gata Defenders Online in Australia

The cast of Di-Gata Defenders

What is Di-Gata Defenders about?

Di Gata Defenders was a television show that aired throughout the years 2007 2009 in various different continents. The show consisted of 6 Protagonists. and various Antagonists. The Di Gata Defenders were 4 teenagers who were set to defend their realm of RaDos against all the forces of evil that wish to destroy the peace. The 4 Defenders; Melosa, Seth, Kara, and Erik were the first characters introduced. The 4 managed to gain two extra friends. One loyal friend, Rion who happens to be the youngest after Kara is finished off.Rion was made a defender. They also managed to make a on-off friendship with the damaged "son" of one of the antagonists, the sons name is Adam. Adam decided not to become a defender but instead sent out to search for his Bio parents.

Where to watch Di-Gata Defenders