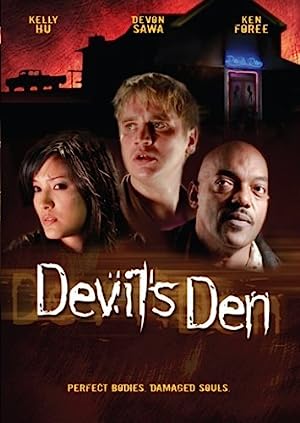 How to Watch Devil's Den 2006 Online in Australia

The cast of Devil's Den

What is Devil's Den about?

Quinn Taylor and his friend Nick are on their way back from Mexico with a load of Spanish Fly to sell in the States. They stop at a gentlemen's club called The Devil's Den and decide to test out their product on the unsuspecting women there. Only, these women aren't really human, and the two men find themselves in a very fatal position. Also tossed in are a female-assassin on the hunt for Quinn, a monster hunter who just happened to stumble into everything, a Japanese swordsman who doesn't really exist and even Satan himself who have to deal with the situation once all hell breaks loose

Where to watch Devil's Den