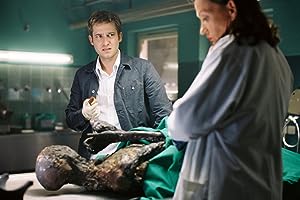 What is Der Elefant: Mord verjährt nie about?

Or at least that seems to be how this show is touted here in Australia. Personally I thought it was very 'German', with all that implies (positive things to me, at least). It is a thoughtful drama series that takes the viewer along with the detectives in an attempt to solve the case of the week, in a similar manner to CSI, except that the members of this crime team do not do the work of an entire criminal department.They are led by Matthias Steiner, a man with a photography memory, who has suffered the loss of his pregnant wife six years earlier. His works with Julia Gerling and in the first episode they are joined by Andreas Zier. They are helped by Dr. Melanie Heitmann, a pathologist, and overseen by Frau Dr. Krueger.I certainly enjoyed the first episode of the series and was disappointed to see that, by the lack of websites on the 'Net, it has not aired in enough countries to get a good following. It deserves them.

Which streaming providers can you watch Der Elefant: Mord verjährt nie on