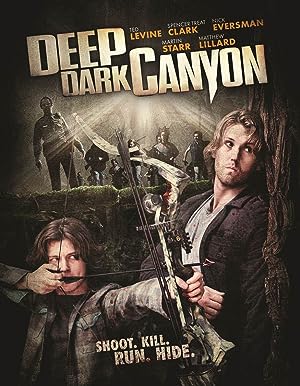 How to Watch Deep Dark Canyon 2013 Online in Australia

The cast of Deep Dark Canyon

What is Deep Dark Canyon about?

Bloom Towne is a small-town sheriff under the thumb of the well-established, deeply influential Mayor Dick Cavanaugh's family. When Bloom's two teenage sons, Nate and Skylar accidentally shoot and kill Dick during a deer-hunt, Bloom's long-held allegiance to the reigning Cavanaugh clan is tested. Skylar (still a minor) decides to take the wrap for his older brother Nate, claiming he fired the fatal shot. The Cavanaugh family's quick retaliation sends Skylar on his way to county jail, soon to be tried as an adult. Desperate and guilt-ridden, Nate breaks Skylar out of jail and sets off a chain of lawless acts, which send them deep into the woods and on the run. Bloom's choice between the law and his sons leads to revelations of old family secrets that threaten to destroy everything he loves.

Where to watch Deep Dark Canyon