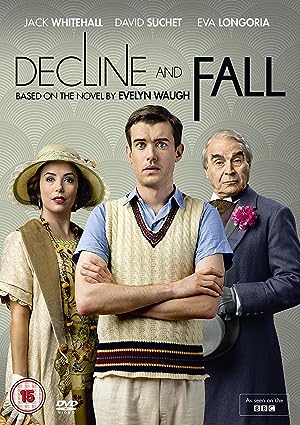 How to Watch Decline and Fall Online in Australia

What is Decline and Fall about?

The series sees Paul Pennyfeather as an inoffensive divinity student at Oxford University in the 1920s, who is wrongly dismissed for indecent exposure having been made the victim of a prank by The Bollinger Club.

Where to watch Decline and Fall

Which streaming providers can you watch Decline and Fall on

The cast of Decline and Fall

Decline and Fall is a great Comedy movie, we’ve selected several other movie options that we think you would like to stream if you have watched Decline and Fall

Decline and Fall is a great comedy show, we’ve selected several other show options that we think you would like to stream if you have watched Decline and Fall