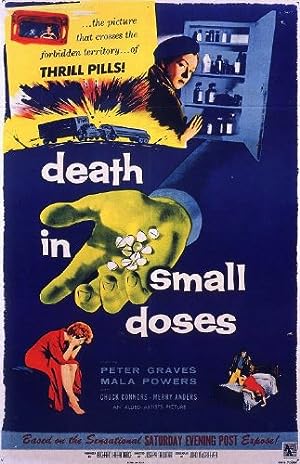 How to Watch Death in Small Doses 1957 Online in Australia

What is Death in Small Doses about?

In Washington D.C., the U.S. Food and Drug Administration is concerned with the increasing number of reports about the use of illegal amphetamines among long-haul truck drivers. Such pills, known as 'bennys' or 'co-pilots' provide truck drivers with uncommon energy and stave-off sleep during the long trips. However, many truckers abuse the drug, becoming dependent on it to stay awake. Long-term use causes hallucinations for the user and this translates into frequent deadly truck crashes. The F.D.A. sends undercover investigator Tom Kayler to Los Angeles to find out the source of such illegal amphetamines in the L.A. area. Kayler pretends to be a long-haul novice driver and is employed by local freight company Bodmer Freight Lines. He finds room and board inside the house of young attractive widow Val Owens. Several other long-haul truck drivers also board at Ms. Owens' home. One of them is Kayler's co-worker, hipster Mink Reynolds. Kayler begins his undercover investigation to find the supplier of the illegal amphetamines. His clues will lead him to Dunc Clayton's service station and to cute waitress Amy Phillips at the Six Points truck stop cafe. However, his persistence in trying to find the main source of the illegal amphetamines' supply chain attracts the attention of the people involved. They decide to eliminate Kayler.

Where to watch Death in Small Doses

Which streaming providers can you watch Death in Small Doses on

The cast of Death in Small Doses 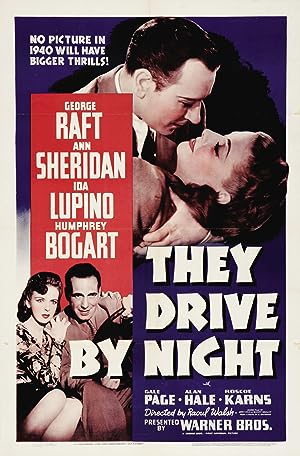