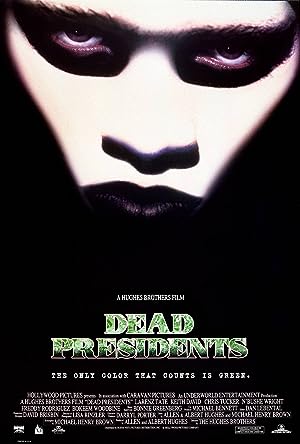 How to Watch Dead Presidents 1995 Online in Australia

The cast of Dead Presidents

What is Dead Presidents about?

This action film, directed by the Hughes brothers, depicts a heist of old bills, retired from circulation and destined by the government to be "money to burn." However, more broadly, it addresses the issues of Black Americans' involvement in the Vietnam War and their subsequent disillusionment with progress in social issues and civil rights back home in the United States, during the 1960's.

Where to watch Dead Presidents