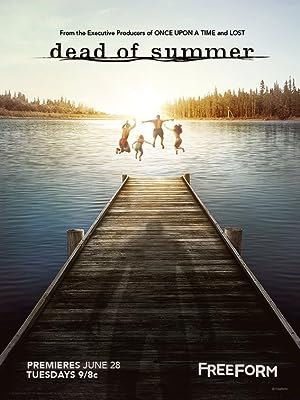 How to Watch Dead of Summer Online in Australia

What is Dead of Summer about?

Set in the late 1980s, school is out for the summer, and a sun-drenched season of firsts beckons the counselors at Camp Stillwater, a seemingly idyllic Midwestern summer camp, including first loves, first kisses - and first kills. Stillwater's dark, ancient mythology awakens, and what was supposed to be a summer of fun soon turns into one of unforgettable scares and evil at every turn.

Where to watch Dead of Summer

Which streaming providers can you watch Dead of Summer on

Here is the comprehensive list of streaming providers that will show Dead of Summer in Australia. If Dead of Summer will appear with other providers further down the line, this table will be updated.

The cast of Dead of Summer

Dead of Summer is a great Drama movie, we’ve selected several other movie options that we think you would like to stream if you have watched Dead of Summer

Dead of Summer is a great drama show, we’ve selected several other show options that we think you would like to stream if you have watched Dead of Summer