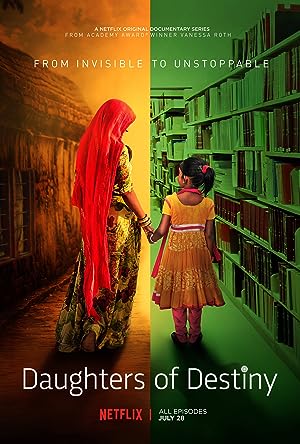 How to Watch Daughters of Destiny Online in Australia

What is Daughters of Destiny about?

In 1996, Dr. Abraham George, an American businessman, born in India, was determined to change the rampant poverty in his home country. Nearly 20 years later, The Shanti Bhavan Children's Project has produced a generation of engineers, lawyers, scientists and journalists. Daughters of Destiny, follows a unique group of Shanti Bhavan kids, born into the most discriminated against and impoverished families on earth, as they grow up. Daughters of Destiny is an exploration of their lives, of global poverty and opportunity, and the human longing for purpose and meaning.

Where to watch Daughters of Destiny

Which streaming providers can you watch Daughters of Destiny on

The cast of Daughters of Destiny