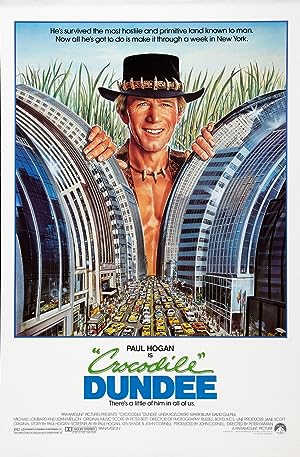 How to Watch Crocodile Dundee 1986 Online in Australia

The cast of Crocodile Dundee

What is Crocodile Dundee about?

Michael J. "Crocodile" Dundee is an Australian crocodile hunter who lives in the Australian outback and runs a safari business with his trusted friend and mentor Walter Reilly. After surviving a crocodile attack, a New York journalist named Sue arrives to interview Mick about how he survived and learns more about the crocodile hunter. After saving Sue from a crocodile, Sue invites Mick to visit New York City, since Mick has never been to a city. Mick finds the culture and life in New York City a lot different than his home and he finds himself falling in love with Sue.

Where to watch Crocodile Dundee