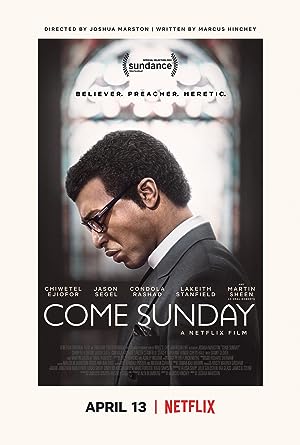 How to Watch Come Sunday 2018 Online in Australia

The cast of Come Sunday

What is Come Sunday about?

Based on an episode of the public radio series This American Life, which centers on Bishop Carlton Pearson, a rising star among evangelicals until he was ostracized by his own church and declared a heretic after he started preaching that there is no Hell.

Where to watch Come Sunday