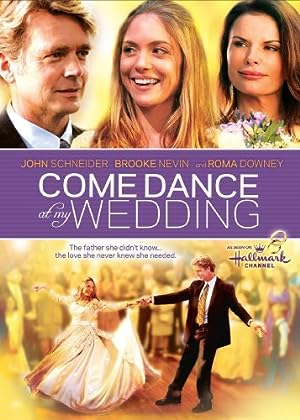 The cast of Come Dance at My Wedding

What is Come Dance at My Wedding about?

Tanner Gray is shocked to learn after the death of his ex-wife Andrea that he has a 25 year-old daughter, Cyd. He and his wife had met on a cruise over 25 years ago where they both worked as dance instructors. They fell in love and married but while Andrea wanted to settle down in her small hometown and take over her parents dance studio Tanner came from a small town and wanted to travel before settling down. He went off on his own but when he was finally ready to come home, Andrea told him not to bother and they hadn't spoken since. Now, Cyd is under pressure to sell the studio to a land developer but Andrea always left Tanner's name on the deed so he would have to agree to any sale. He only has Cyd's best interests at heart but as he gets to know her, he doesn't think selling is the right thing to do.

Where to watch Come Dance at My Wedding

Watch Come Dance at My Wedding

More Drama movies like Come Dance at My Wedding

More Drama tv shows like Come Dance at My Wedding