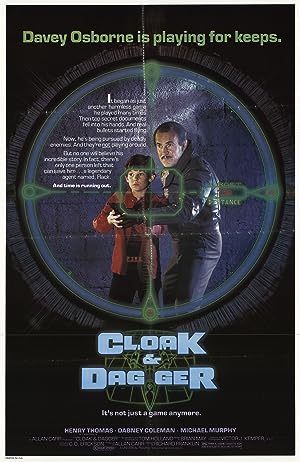 How to Watch Cloak & Dagger 1984 Online in Australia

The cast of Cloak & Dagger

What is Cloak & Dagger about?

11-year-old Davey, whose mother is dead and whose father doesn't spend nearly enough time with him. So the boy loses himself in video games--and even has an imaginary friend, a super-resourceful secret agent. When he accidentally comes into possession of a spy group's secret plans, and winds up on the run from them, he must learn to rely on himself and his imaginary pal to save his skin. But, in the end, Dad proves to be his real hero.

Where to watch Cloak & Dagger