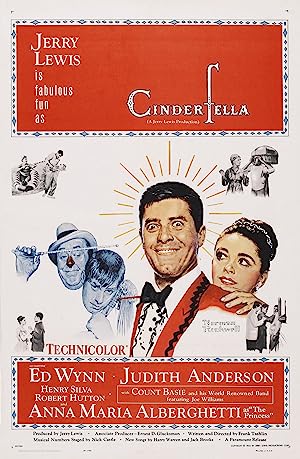 How to Watch Cinderfella 1960 Online in Australia

The cast of Cinderfella

What is Cinderfella about?

This was Jerry Lewis' answer to the classic Cinderella story. When his father dies, poor Fella is left at the mercy of his snobbish stepmother and her two no-good sons, Maximilian and Rupert. As he slaves away for his nasty step-family, Maximilian and Rupert attempt to find a treasure Fella's father has supposedly hidden on the estate. Meanwhile, hoping to restore her dwindling fortunes, the stepmother plans a fancy ball in honor of the visiting Princess Charmein whom she hopes will marry Rupert. Eventually, Fella's Fairy Godfather shows up to convince him that he has a shot at winning the Princess himself.

Where to watch Cinderfella