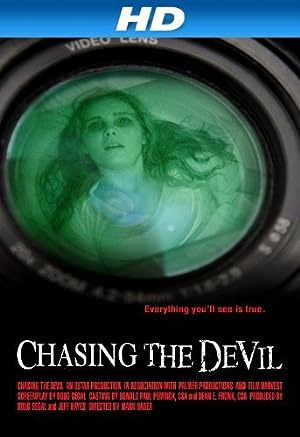 How to Watch Chasing the Devil 2014 Online in Australia

The cast of Chasing the Devil

What is Chasing the Devil about?

Patrick McCord doesn't accept the explanation of his sister's mysterious death as suicide, and instead teams up with a team of paranormal investigators to delve deeper into the inexplicable circumstances that surround what he believes to be murder. The team's investigation leads them from one bizarre and frightening clue to another, at the center of which seems to exist something evil and terrifying, a presence well beyond their wildest imaginations and experiences. Before long, they realize this deadly entity has now targeted each of them, and they are confronted with the impossible challenge of defeating it and saving their own lives. In the end, what survives, and is presented here, is the disturbing footage that Patrick and his team shot, footage that if seen by others, likely endangers the viewer, marking them as the next victim of this powerful and evil force. Be careful what you chase - you just might end up catching it.

Where to watch Chasing the Devil