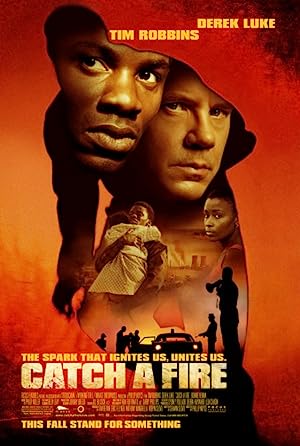 How to Watch Catch a Fire 2006 Online in Australia

The cast of Catch a Fire

What is Catch a Fire about?

A political thriller: the real-life story of a South African hero's journey to freedom. In the country's turbulent and divided times in the 1980s, Patrick Chamusso is an oil refinery foreman and soccer coach who is apolitical - until he and his wife Precious are jailed. Patrick is stunned into action against the country's oppressive reigning system, even as police Colonel Nic Vos further insinuates himself into the Chamussos' lives.

Where to watch Catch a Fire