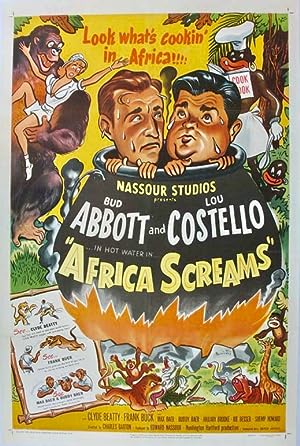 How to Watch Africa Screams 1949 Online in Australia

The cast of Africa Screams

What is Africa Screams about?

When bookseller Buzz cons Diana into thinking fellow bookseller Stanley knows a great deal about Africa they are abducted and ordered to lead Diana and her henchmen to an African tribe. After encounters with lion tamers, giant apes and a wild river, Buzz returns to America. Stanley finds diamonds and buys the store they once worked for, hiring Buzz as its elevator operator.

Where to watch Africa Screams