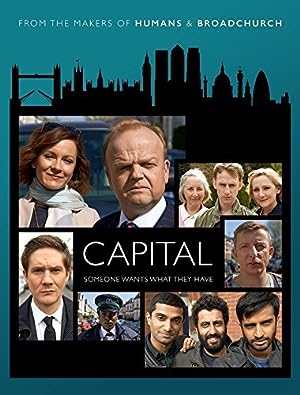 How to Watch Capital Online in Australia

What is Capital about?

The residents of an affluent street in London are busy getting on with their lives, when suddenly something very strange happens. Every house in the street has an identical, mysterious postcard pushed through their letterboxes that simply states "WE WANT WHAT YOU HAVE". At first, the residents of Pepys Road dismiss the notes as some sort of marketing campaign but gradually as events begin to escalate it becomes clear that there is something more to this strange occurrence than something as mundane as that.

Where to watch Capital

Which streaming providers can you watch Capital on

Here is the comprehensive list of streaming providers that will show Capital in Australia. If Capital will appear with other providers further down the line, this table will be updated.

The cast of Capital

Capital is a great Drama movie, we’ve selected several other movie options that we think you would like to stream if you have watched Capital

Capital is a great drama show, we’ve selected several other show options that we think you would like to stream if you have watched Capital