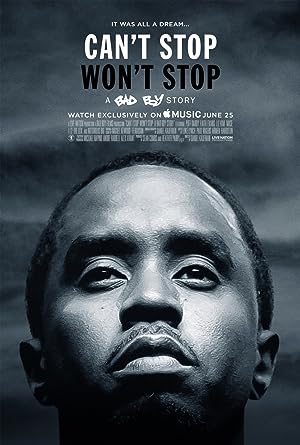 What is Can't Stop, Won't Stop: A Bad Boy Story about?

A behind-the-scenes look at the prolific label's legacy and offer an in-depth look at the two-night anniversary extravaganza, that took place last May at Brooklyn's Barclays Center, in honor of the late rap great, The Notorious B.I.G.