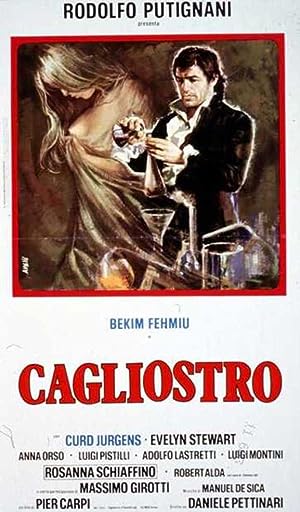 How to Watch Cagliostro 1975 Online in Australia

The cast of Cagliostro

What is Cagliostro about?

After attending esoterical studies with a wise man, Cagliostro, a mysterious Italian count, received the gift of supernatural powers. He started to travel all over Europe to heal the poor. But he is also a member of a pre-revolutionary lodge the aim of which is to give freedom to the populations of Europe. This cannot be tolerated by the 18th century's establishment and bought the Pope and the regal house of France try to eliminate him. So Cagliostro is locked up in a castle, while his wife is killed. But when in 1795 the door of his cell is opened there is nothing inside but a sword...

Where to watch Cagliostro