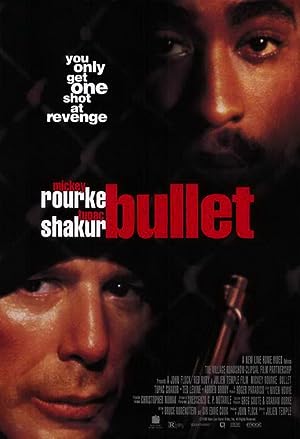 How to Watch Bullet 1996 Online in Australia

The cast of Bullet

What is Bullet about?

Butch "Bullet" Stein is a Jewish junkie from the mean streets of Brooklyn, is paroled after eight years in prison. Butch rips off a runner for local drug dealer, Tank, and is soon right back into his old habits of snorting coke and shooting up heroin with his best friend Lester. Enraged by Butch's affront and already determined to get revenge on him for a past wrong, Tank sets about getting even with his old enemy by hiring a hulking brute, Gates to beat Butch. When the confrontation occurs, however, Gates breaks his hand on the battle-hardened Butch. Besides Lester, the only people in Butch's corner are his two brothers, the mentally-unhinged Vietnam War veteran Louis and aspiring artist Ruby, neither of whom can be counted on to help him in the inevitable showdown.

Where to watch Bullet