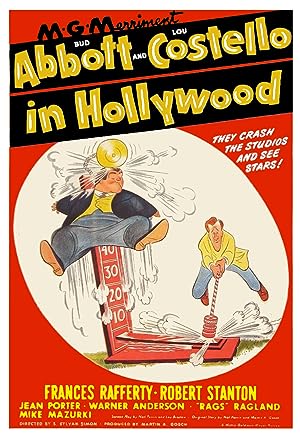 The cast of Bud Abbott and Lou Costello in Hollywood

What is Bud Abbott and Lou Costello in Hollywood about?

Buzz and Abercrombie are agents trying to get Jeff Parker the lead in a movie musical. Routines include Lou's insomnia and his being unable to hear Bud due to his wearing an earplug. Lots of movie studio stuff.

Where to watch Bud Abbott and Lou Costello in Hollywood