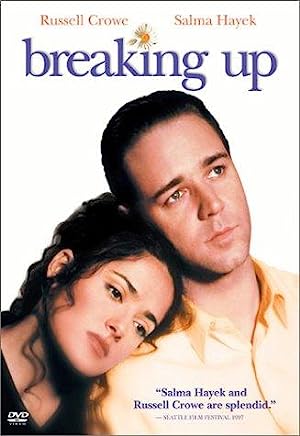 How to Watch Breaking Up 1997 Online in Australia

The cast of Breaking Up

What is Breaking Up about?

Monica teaches, Steve's a photographer. They've dated more than two years. They're arguing, and she leaves for her apartment, only to return in a few minutes to say they should stop seeing each other. A few days later, they're back together, but within two hours, he takes offense at an off-hand remark, and the separation starts in earnest. They see other people, then, out of the blue, Steve asks Monica to marry him. She says yes, and a time of ecstasy begins: they interview strangers, asking them what makes a marriage work, and she moves in with him. Then comes the wedding, and when Steve freezes, anger rends the relationship again. Can harmony return?

Where to watch Breaking Up