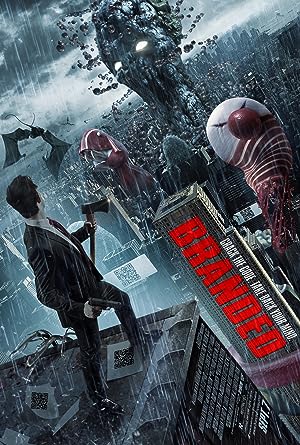 How to Watch Branded 2012 Online in Australia

The cast of Branded

What is Branded about?

The film starts with documentary-style flashbacks showing Misha's rise to a powerful marketing executive. Now in Moscow 2017, Misha is a powerful marketing executive working to spread Western brands, and like the businesses he works for nothing will stop him in his greed, until the imprisonment and death of an overweight girl undergoing extensive plastic surgery to become skinny. Following a vision in which Misha sacrifices a heifer to God, he begins to receive strange visions depicting the brands control over people. He returns to work and guided by these visions, Misha attempts to stop the growth of the brands in post-Communist Russia by encouraging the brand to attack each other in their advertising campaigns. There is some debate whether Misha believes that the worship of global brands is Idolatry and his visions depicting the brands are controlling people causing them to sin, or whether his belief is that monopoly is evil and his intention is to create a Western style free-market economy.

Where to watch Branded