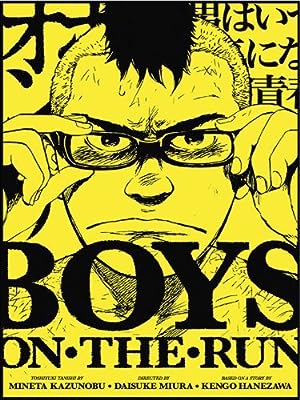 How to Watch Boys on the Run 2010 Online in Australia

The cast of Boys on the Run

What is Boys on the Run about?

Toshiyuki Tanishi (Mr Tanishi) is a 29-year-old chronic masturbator and toy vending machine salesman - he is socially awkward and down on his luck. Things change when he meets Chiharu a pretty woman who might actually be into him. Unfortunately, he has competition for Chiharu's affection from handsome, rival vending salesman Aoyama.

Where to watch Boys on the Run

Watch Boys on the Run

More Comedy tv shows like Boys on the Run