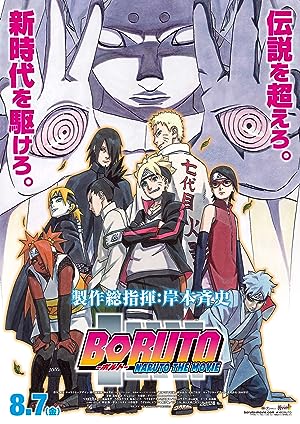 How to Watch Boruto: Naruto The Movie 2015 Online in Australia

What is Boruto: Naruto The Movie about?

Boruto Uzumaki is the son of Naruto Uzumaki, the Seventh Hokage of the Hidden Leaf Village. Having heard stories of Naruto's deeds as a hero, Boruto wishes to surpass his father. Following Sarada Uchiha, Boruto meets his father's friend, Sasuke Uchiha, and requests to be trained by him.

Where to watch Boruto: Naruto The Movie

Which streaming providers can you watch Boruto: Naruto The Movie on

The cast of Boruto: Naruto The Movie