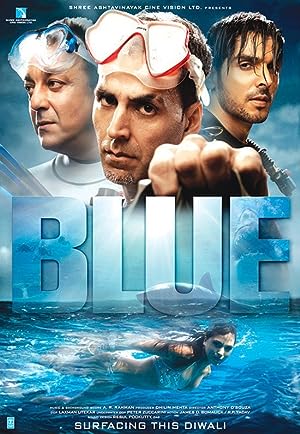 How to Watch Blue 2009 Online in Australia

What is Blue about?

Bangkok-based bike-racer Sameer Singh gets in debt with Gulshan, and flees to the Bahamas to live with his brother, Sagar, and his live-in girlfriend, Mona. But Gulshan catches up with him, allegedly kills Nikki, who Sameer loves, and forcibly abducts Mona. In order to return the money, the duo, along with Aarav Malhotra, decide to scour the bottom of the ocean for a ship 'Lady in Blue' that was sunk on purpose in July 1949. This ship contains treasure that was being returned by the tyrannical British as a goodwill gesture. The trio will soon find that unknown dangers await them and that one of them has a hidden agenda of his own.

Where to watch Blue

Which streaming providers can you watch Blue on

Here is the comprehensive list of streaming providers that will show Blue in Australia. If Blue will appear with other providers further down the line, this table will be updated.

The cast of Blue