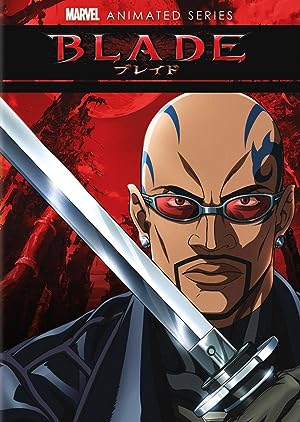 How to Watch Blade Online in Australia

What is Blade about?

Erik Brooks was half-man, half-vampire after his mother Carol was attacked by a vampire named Deacon Frost. He sought assistance from Noah Van Helsing and over time, vampires worldwide fear him as the "Daywalker" or "Blade". He investigates a vampire organization in Asia called "Existence" starting from Japan all the way to Southeast Asia. The show was part of Marvel's "Marvel Anime" project, a set of four anime shows set in Southeast Asia and based on Marvel properties, including X-Men, Wolverine and Ironman.

Where to watch Blade

Which streaming providers can you watch Blade on

Here is the comprehensive list of streaming providers that will show Blade in Australia. If Blade will appear with other providers further down the line, this table will be updated.

The cast of Blade

Blade is a great Action movie, we’ve selected several other movie options that we think you would like to stream if you have watched Blade

Blade is a great action show, we’ve selected several other show options that we think you would like to stream if you have watched Blade