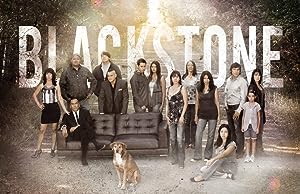 How to Watch Blackstone Online in Australia

The cast of Blackstone

What is Blackstone about?

Intense, compelling and confrontational, Gemini Award-winning Blackstone is an unmuted exploration of power and politics on the fictional Blackstone First Nation. An uncompromising story told from an Aboriginal point of view, Blackstone is in sharp contrast to sympathetic stories about First Nations people being victimized by outside forces. While the dramatization can be dark and all too real, Blackstone is foremost a story of hope and reconciliation in its portrayal of Native people fighting for a better life in their community.

Where to watch Blackstone