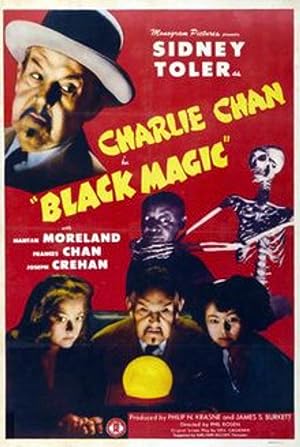 How to Watch Black Magic 1944 Online in Australia

The cast of Black Magic

What is Black Magic about?

Because Charlie Chan plans to return to Honolulu, he no longer needs the services of Birmingham, who gets a job as butler for William and Justine Bonner, two apparently phony psychics who regularly host occult activities in their home. When Charlie's pretty daughter Frances attends a séance out of curiosity, Mr. Bonner is shot, and she becomes an immediate suspect. Charlie postpones his trip home to help with the investigation, which is made problematic when no bullet can be found in the wound and a hypnotized Mrs. Bonner is compelled to commit suicide by jumping off the roof of a downtown building.

Where to watch Black Magic