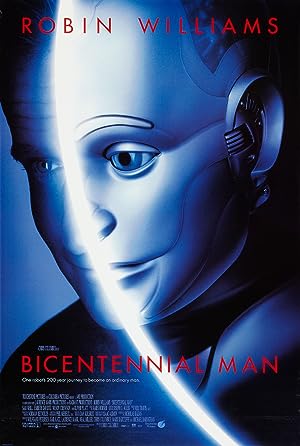 How to Watch Bicentennial Man 1999 Online in Australia

What is Bicentennial Man about?

This film follows the 'life' and times of the lead character, an android who is purchased as a household robot programmed to perform menial tasks. Within a few days the Martin family realizes that they don't have an ordinary droid as Andrew begins to experience emotions and creative thought. In a story that spans two centuries, Andrew learns the intricacies of humanity while trying to stop those who created him from destroying him.

Where to watch Bicentennial Man

Which streaming providers can you watch Bicentennial Man on

The cast of Bicentennial Man

Bicentennial Man is a great Comedy movie, we’ve selected several other movie options that we think you would like to stream if you have watched Bicentennial Man

Bicentennial Man is a great comedy show, we’ve selected several other show options that we think you would like to stream if you have watched Bicentennial Man