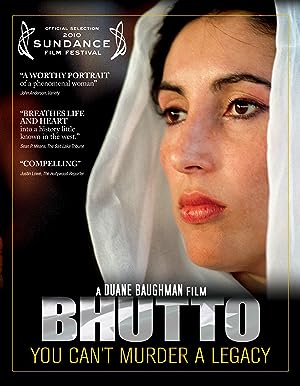 How to Watch Bhutto 2010 Online in Australia

What is Bhutto about?

A riveting documentary of the recently assassinated Benazir Bhutto, a polarizing figure in the Muslim world. Following in her father's footsteps as a pillar for democracy, Bhutto was expected to dominate Pakistan's 2008 elections but the assassination sent Pakistan politics into turmoil. This major event sent shock waves throughout the world and transformed her from political messiah into a martyr for the common man.

Where to watch Bhutto

Which streaming providers can you watch Bhutto on

Here is the comprehensive list of streaming providers that will show Bhutto in Australia. If Bhutto will appear with other providers further down the line, this table will be updated.

The cast of Bhutto

Bhutto is a great Biography movie, we’ve selected several other movie options that we think you would like to stream if you have watched Bhutto

Bhutto is a great biography show, we’ve selected several other show options that we think you would like to stream if you have watched Bhutto